Did you find what you were looking for on our website?
News 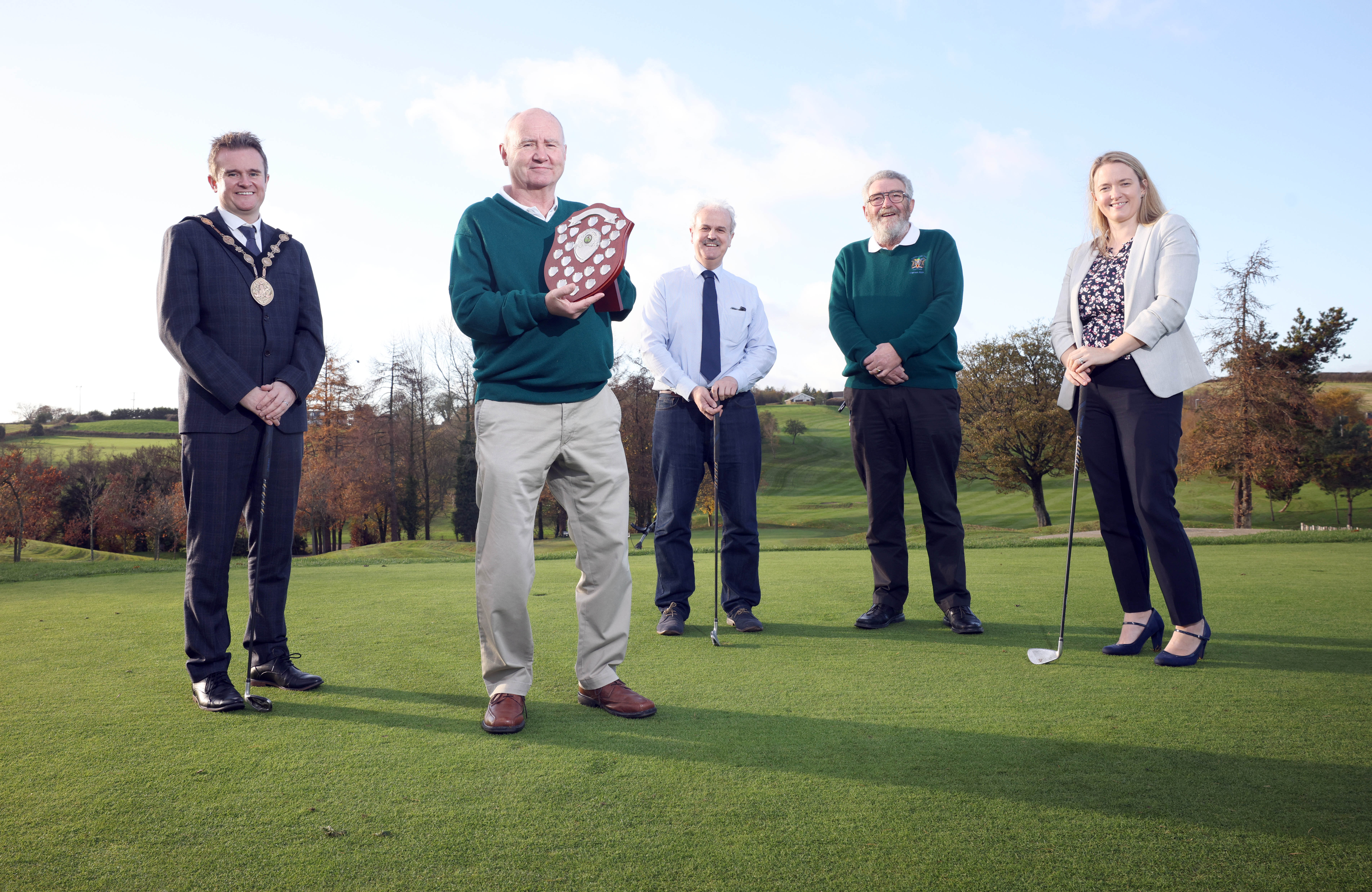 Councillor Sharon Skillen has hosted a special reception to congratulate Castlereagh Hills Golf Club on their fantastic win in the 2021 North Down Veteran's League.

The Club has an amazing record in the competition, even lifting the title on their year of playing in the league back in 2015.

Now six years on, the club has gone from strength to strength, picking up their second title with a 63 point win against Carnalea Golf Club.

The reception was attended by the Mayor of Lisburn & Castlereagh, Alderman Stephen Martin and Vice Chair of the Leisure & Community Development Committee, Councillor Thomas Beckett.